The frost was working out of the ground, and out of the air, too, and it was getting closer and closer onto barefoot time every day; and next it would be marble time, and next mumbletypeg, and next tops and hoops, and next kites, and then right away it would be summer and going in a-swimming.

It just makes a boy homesick to look ahead like that and see how far off summer is. Yes, and it sets him to sighing and saddening around, and there’s something the matter with him, he don’t know what. But anyway, he gets out by himself and mopes and thinks; and mostly he hunts for a lonesome place high up on the hill in the edge of the woods and sets there and looks away off on the big Mississippi down there a-reaching miles and miles around the points where the timber looks smoky and dim it’s so far off and still, and everything’s so solemn it seems like everybody you’ve loved is dead and gone, and you ‘most wish you was dead and gone too, and done with it all.

Don’t you know what that is? It’s spring fever. That is what the name of it is. And when you’ve got it, you want — oh, you don’t quite know what it is you DO want, but it just fairly makes your heart ache, you want it so! It seems to you that mainly what you want is to get away; get away from the same old tedious things you’re so used to seeing and so tired of, and set something new.

That is the idea; you want to go and be a wanderer; you want to go wandering far away to strange countries where everything is mysterious and wonderful and romantic. And if you can’t do that, you’ll put up with considerable less; you’ll go anywhere you CAN go, just so as to get away, and be thankful of the chance, too.

Well, me and Tom Sawyer had the spring fever, and had it bad, too…

Modern college football was not even a twinkle in America’s eye when Huck Finn and Tom Sawyer rambled around fictional St. Petersburg, Missouri, near the banks of the Mighty Mississippi.

But if it had evolved by that time, no doubt the spring fever would’ve been much, much more painful. Surely the little imps would have savored in swiping mid-February editions of the St. Petersburg Courier-Post to read up on days-late news discussing the country’s top college football programs and their preparations for spring practice.

Alabama begins its spring drills in a little over a week, and already folks are feverish, tuning up on what will undoubtedly be the foremost question for the Crimson Tide – Who Will Play Quarterback in 2009? 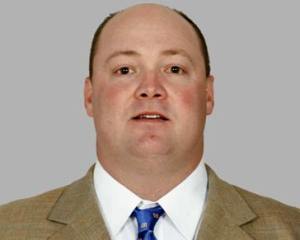 Boyish good looks will not be a factor in this year's QB battle, as it was in '95 when Freddie Kitchens won the starting job for the Tide.

Barring any mad surprises, junior Greg McElroy and redshirt freshman Star Jackson will duke it out for the starting job beginning on Feb. 24th. The other guys already on campus will serve only as time for McElroy and Jackson to rest their arms between reps, and it’s doubtful incoming signee A.J. McCarron will do anything but prepare to redshirt when he arrives in the summer.

Many believe McElroy’s experience (albeit limited) gives him the edge to be the favorite, and coach Nick Saban has been vague when describing Jackson’s progression or potential. Game on – we just pray a clear-cut starter emerges by the time spring practice is over in April. 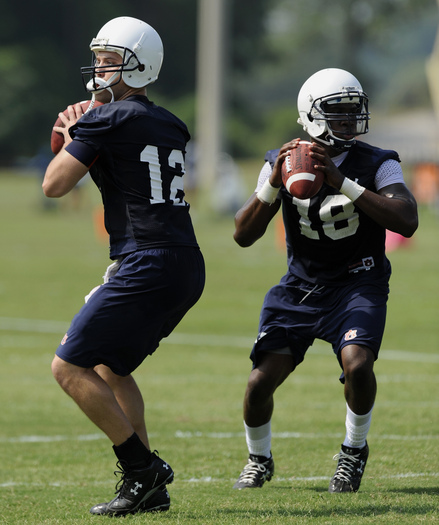 7 comments on “Who Will Play Quarterback for Alabama in 2009?”